In a two-part article, we will be explaining what is involved in a “Ponzi” and covering the three cases that stand out among all others. First, let’s take a look into what this is all about.

What Is a Ponzi Scheme?

A Ponzi scheme is an investment fraud that pays existing investors with funds collected from new investors. In other words, it is a scheme where the investors who join earlier are paid off with funds raised from new ones.

In the legitimate world, individuals invest in a variety of instruments and expect returns from their invested funds. If this is a stock for instance, they usually expect to gain as its value increases and to collect dividends as the company makes profits. If the instrument is a bond or a term deposit, then the expectation is the interest income. We can go on with these examples where the returns are dependent on that individual’s own investment. 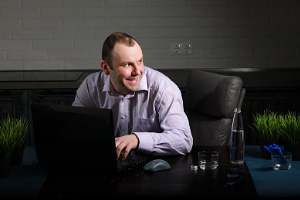 In the case of a Ponzi scheme on the other hand, the source of “Person A”s return is the investment made by “Person B”.

The two most common characteristics of these schemes are “promise of high returns with no risk” and “overly stable returns”.

These plans almost all the time promise very high returns to be able to attract more and more investors, who are their lifeblood. And the scheme can only survive as long as there is an increasing inflow of new investments. Even a small slowdown or a hiccup in this flow results in the collapse of the whole structure.

Throughout history, there have been countless Ponzi schemes. Despite they are much more visible today with the help of media, especially the digital media in the recent years, they are still nowhere near to have disappeared.

While the history has witnessed numerous examples to these, I believe three of them deserve closer attention due to their very distinct stories.

These fraudulent investing models have been named as “Ponzi

schemes” after Charles Ponzi. He was not the first such “schemer” in history. Yet his organization grew much bigger than its predecessors and his “business model” was much more sophisticated, at least on paper.

He was born in Italy as Carlo Ponzi and immigrated to the United States in 1903. He later told reporters, “I landed in this country with $2.50 in cash and $1 million in hopes.”

From Boston as his first stop, he moved to Montreal where he was sentenced to three years for forging checks. Following another two-year jail time in Atlanta for smuggling Italian immigrants across the border into the United States, he ends up in Boston.

One day in 1919, he receives a letter from a company in Spain with an “international reply coupon” inside. This was a coupon that could be exchanged for postage stamps in another country allowing the recipient to mail for free. What Ponzi noticed was that an international reply coupon could have different values in different countries. In financial terms, there was a “spread” to benefit from.

So, the business model he “sold” to investors was as simple as this: His company would buy reply coupons in various countries at lower prices, send them to the United States where these coupons would be sold at higher prices. While this sounds like a good idea to start with, the reality was that it was logistically impossible those days to make such international transactions.

However, neither Charles Ponzi was serious about this model, nor his investors cared much about it. He was promising 50% returns in 45 days, 100% in 90 days, and was keeping these promises! Thousands of investors gave him about a total of $20 million (approx. USD 300 million today). The model in fact, was different than what it was advertised: Funds received from new investors was sent to those who joined previously as their return.

This went on until August 1920 when The Boston Post started running articles questioning the model’s legitimacy which led to a panic among Ponzi’s investors. Charles Ponzi was then, prosecuted. Facing a lifetime in jail, he pleaded guilty and was sentenced to five years.

After he was released, he was sent to jail a few more times for other crimes and finally, he died in Brazil at a charity hospital in 1949.

Next week’s article will cover two other notorious Ponzi scheme cases: The story of the ones that emerged in Albania in 1996-1997, and Bernie Madoff’s company.