When Bernie Madoff died in prison last April, this fraudulent way of doing business once again made the headlines. Madoff is known to have orchestrated the largest Ponzi scheme in history. He had been held at prison since receiving 150-year sentence in 2009.

This article aims at explaining these schemes, answering the most frequently asked questions.

A Ponzi scheme is an investment fraud that pays existing investors with funds collected from new investors. In other words, it is a scheme where the investors who join earlier are paid off with funds raised from new ones, not from the returns from their own investments.

2. Does It Have Resemblances with a Pyramid Scheme? 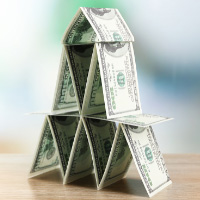 Yes! Just like a pyramid scheme, a Ponzi organization creates returns for those who joined earlier by bringing in new investors. The main focus in both is on attracting new people to pour money in.

3. Where Does the Name Originate?

These deceptive businesses have been named as “Ponzi schemes” after Charles Ponzi. He was not the first such schemer in history. Yet his organization grew much bigger than its predecessors and his “business model” was much more sophisticated, at least on paper.

4. What Are the Most Noteworthy Ponzi Schemes in History?

Following Charles Ponzi’s, many similar schemes have emerged to deceive people. Some of the most notorious ones can be seen here. Among those that left many victims behind, what had happened in Albania in 1996-1997 requires a special attention as it was about to bring a country almost to a total collapse.

5. How Does the System Work?

It is pretty simple: The “creators” take the money from a new investor and gives it to other investors who joined the system previously as “returns”. So, basically the source of “Person A”s return is the investment made by “Person B”.

6. Are They Sustainable or Bound to Fail?

The model depends solely on the acquisition of new investors but not on generating income from invested funds. Thus, all are bound to fail and unfortunately, leaving so many shattered lives behind.

7. How Do Ponzi Schemes and Network Marketing Differ?

Network marketing is a model based on the trade of goods and services. Participants’ incomes rely on sales of these goods or services. In the case of a Ponzi, though, income solely depends on the funds brought by newcomers.

8. What Are the Common Characteristics of Ponzi Schemes?

Such schemes share two main common characteristics in their claims. They promise:

9. How Can One Avoid a Ponzi Scheme?

First of all, one should be very cautious if the two above features exist. Overwhelming desire for more can be very costly. The best client for a Ponzi scheme is a greedy amateur investor.

Secondly, the company should be able to explain where the investor’s funds will be allocated very clearly.

As the old saying goes, if it sounds too good to be true, then it most probably is. And it’s likely a Ponzi scheme.

10. Are These Schemes Illegal? 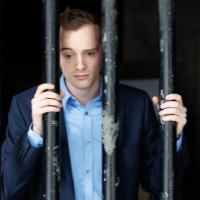 Yes! These businesses are seductive as they claim to be generating very high returns. They actually can do this for a short period of time (i.e. as long as there is an increasing inflow of new investors). Because it is not possible to maintain an ever-increasing inflow, they all collapse without an exception.

When they collapse, we generally see two groups of people: 1) Organizers and early participants with profits in their pockets. 2) Crowds with huge losses.

Needless to say, all who take part in the formation and execution of the scheme are prosecuted.