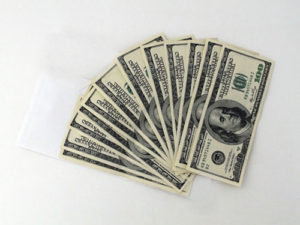 Early this year, what the individual direct sellers had been earning abruptly made the headlines. There was a report from the FTC (Federal Trade Commission) in the U.S., according to the news. The US Direct Selling Association responded to this, saying there was no such report and there was “actually a comment submitted by a critic of the direct selling industry and did not reflect any FTC position. The comment was submitted to the FTC as part of a public rule making on the business opportunity rule and was based on a limited and self-selected review of data.”

Leaving this aside, let’s take a look at the income disclosures disclosed by some of the direct sales companies.

Some say one can make a fortune in network marketing. Others say direct sellers’ earnings do not cover even those minimal expenses they make. Which one is true? Or truth is somewhere in-between?

In 2017, those who received commissions constituted approximately 23% of 4Life’s worldwide field force.

In a typical month between July 2017 to June 2018, about 51,500 Herbalife Distributors in the U.S. ordered products for resale and about 46,500 of them earned money from their sales and the sales of those they sponsored.

Out of the 9,150 U.S. distributors who chose to sponsor and build a team, 20% did not earn any money from Jeunesse.

An average of 62% of Stella & Dot’s stylists in the United States were not paid in any given month in 2017.

There are several key takeaways from these figures. To me, these statistics once again show three important things:

1) It is possible to achieve really high incomes through direct selling.
2) Not everybody reaches those high levels.
3) In fact, “1” and “2” above are public information that everyone has access to.