Natura was founded in 1969 in Brazil by Luiz Seabra. 27-year-old Seabra founded Natura as a small lab and a cosmetics shop. In the beginning, his intention was traditional retailing.

Five years later, the decision was to go direct selling, following Avon, which had been successfully operating in Brazil for a while.

For eight years after that, Natura remained in its home market direct-selling only in Brazil. 1982 was the year when it went international for the first time, launching in Chile.

Natura’s sales grew at an amazing 43% compound annual rate between 1979-1989. And in 2004, Natura became the top cosmetics company in Brazil. It has been the market leader since then. To remind, Brazil is a huge cosmetics market, ranking now the third in the world. The same year Natura went public and was listed on the Sao Paulo Stock Exchange.

Natura has been known as a “Brazilian cosmetics direct-seller” rather than an “international company”. The most realistic reason behind this seems to be a combination of “having no compelling economic reason to go abroad and limited managerial resources at home to spare”. Apparently, increasing volume in Brazil made the prospect of investing elsewhere less attractive.

Thus, Natura’s international expansion remained limited to Latin America countries. Even this expansion did not contribute much to Natura’s overall volume. As of end-2018, 71% of its global revenue was still being generated in Brazil. The remaining 29% was coming from its five other markets, namely, Argentina, Mexico, Colombia, Chile and Peru. So, yes, even after so many years, this giant does not have any strong presence in the U.S., Europe or Asia. It has very recently landed in Malaysia as its first market.

Natura acquired 65% stake in Aesop in 2013 for about US$70 million. Established in Australia in 1987, the cosmetics retailer Aesop was selling skin, hair and body care products. At that time Aesop had 57 retail locations in 8 countries. For a company with an annual revenue of more than US$1.5 billion at the time, this was not a major financial transaction, obviously.

Then in 2016, Natura also bought the remaining 35% of the shares, increasing its ownership to 100%. By that year, Aesop’s retail distribution had grown to 177 stores in 20 countries.

Aesop’s net revenue was about US$260 million in 2018, representing more than a 50%-increase from previous year.

Natura’s next move in 2017 was a bigger one: The Body Shop was bought for 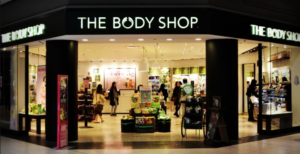 US$1.1 billion from L’Oreal. The Body Shop was established in the UK in 1976 by the late Dame Anita Roddick and had been owned by L’Oreal for the past 11 years before it was bought by Natura.

The Body Shop had over 3,000 stores in 66 countries and it  had been suffering from a steady sales decline over the years. This was due, according to some, to the dilution of its environment-friendly brand image and to the existence of more powerful competitors in the natural beauty market. In 2016, its sales declined by 5%, and its operating profit by 38%.

As of-mid-year 2019, the situation at The Body Shop seems better. That business unit of Natura’s reported 9% revenue increase as compared to the first six months of 2018.

Early in 2018, the company announced it had rebranded itself as “Natura & Co”. “The Natura & Co brand embraces the codes and values of three brands which have had different journeys but always shared a common purpose in their commitment to life and the planet,” said Andrea Alvares, VP of Marketing.

Natura, The Body Shop and Aesop, the three companies in the Natura & Co group, would maintain their own strategic agendas, but the group management would expect sharing solutions and seeking synergies.

So, in 2019, while celebrating 50 years of existence, Natura defines itself as “a global, multi-brand and multi-channel group”. 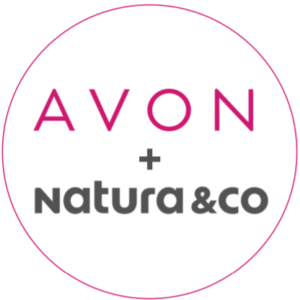 Then came the breaking news in May this year: Brazil’s Natura announced it had agreed to buy Avon in an all-stock deal valued at about US$2 billion. Including debt, the transaction was valued at US$3.7 billion, the company said. Natura said it had plans to turn Avon around by speeding up Avon’s existing initiatives on e-commerce and development of new products.

Of these three acquisitions, this most recent one is definitely the riskiest. For one thing, it required the highest amount of funds. Natura went to banks that agreed to provide it as much as US$1.6 billion to be used in financing for Avon stocks and for payments that may be required for Avon’s debt.

Secondly, and maybe more importantly, Avon had been the one having the most problems. Its revenue has been constantly declining since 2011, despite several major initiatives taken.

Lastly, it is worth remembering that Cerberus had acquired Avon’s North America unit’s majority shares for US$170 million in 2015.  It sold it for US$125 million this year to LG Household and Healthcare!

Avon has tried many initiatives, including several major top-managerial changes in the last 6-7 years. None of them has so far produced any major positive impact on its growth. We now wait and see if things will be different within the Natura group. If this marriage fails, it could be quite costly for Natura.