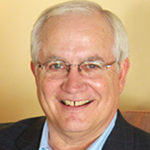 Alan is a US DSA Hall of Famer and a member of the DSEF’s Circle of Honor. He’s served in executive roles at Tupperware, PartyLite, DK Family Learning and other companies, and has been a part of launching more than 30 direct selling companies over his career.

Working Through a World of Misinformation 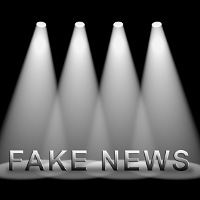 of our lives. Fake news, fantastical conspiracy theories and out and out lies spread through social media and cable personalities who are have learned that they can make a lot of money propagandizing every conspiracy theory that will play well to their audience. Spreading misinformation is much more profitable than telling the truth based on provable facts and reliable data.

This toxic atmosphere leaves those of us looking to make decisions about our lives and our businesses based on facts, truth and reason in a constant and energy sapping search for answers.

Dealing with misinformation, whether spread through ignorance or intent to mislead is nothing new for those of us who have spent our careers in direct selling. For years, the critics of our industry have offered up ill-informed opinions that express a negative opinion about direct selling as an income opportunity. Too often these negative opinions are based on incomplete data combined with individual anecdotes of dissatisfied former sellers that the propagators of the misinformation then apply to the whole industry.

Now before we go any further, it is important to note that in some cases the criticism is fully justified and factually supported. Like any industry, direst selling has had its share of bad actors who use dubious and misleading recruiting pitches and other types of unethical practices that attract regulatory attention and deserved to be condemned. But too often the industry critics assume that the entire industry is guilty of the perpetrating the same bad practices.

What is not, or is rarely, acknowledged is that there are many, if not most, direct selling companies that have provided part and full-time income opportunities for decades without a single blemish on their record or regulatory action against them. Many of these companies sell products that have become will known brands with thousands of loyal customers. The undeniable fact is that the ethical companies who follow industry best practices far outnumber the bad actors but you almost never hear about that from the industry critics.

So, back to some of the current and most egregious misinformation that is spread on social media are addressed in what follows:

1. Direct selling is in decline as a business model and has falling sales revenue. 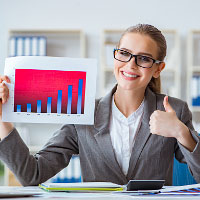 The facts just do not support that conclusion in any way. Almost every public direct selling company has reported double digit sales and or revenue growth for the first quarter of 2021. Likewise, the privately held direct selling companies that are clients of Strategic Choice Partners all have reported that 2020 was a great year for sales growth and increases in the number of people selling their products and services. The annual Direct Selling Association review of industry performance has yet to publish for 2020 as the information is still being compiled, but all the early indications are that 2020 was a banner year for the industry.

The only possible conclusion based upon facts supported by credible data is that the direct selling model is doing well in this market environment.

2. Direct selling is behind the times and not suited to compete in today’s virtual economy.

Again, the facts say otherwise. In no small part direct selling has enjoyed growth has had strong growth because the companies and their sales forces were quickly able to move to using virtual platforms rather than the traditional face to face sales presentation. The companies quickly industry pivoted to providing online catalogs, product demonstration videos and order processing systems that could be used on both smart phones as well as desk top and tablet computers. The industry used its flexibility and resourcefulness to provide their sellers with all the tools to successfully conduct their sales of products and services on line and the sales forces responded by growing in numbers and productivity.

It is true that the many new gig opportunities create a large and growing category of competitors for people to represent and sell our products and services. But, as the facts about the industry growth prove, so far direct sellers are competing quite successfully. Here are just some of the things that companies are doing to improve the competitiveness of their part-time income opportunity:

Added to what the companies are doing, existing sellers and potential direct selling candidates have discovered that selling online, rather than 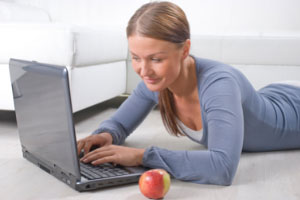 using the traditional face to face techniques, is actually more profitable than the old system. As online sellers they do not need to cover car expenses, lose the time to drive to and from an appointment and other expenses such as child care if a single Mom is engaged in the direct selling business. It turns out that the dollars earned for time spent is actually greater as online sellers. And, being an online seller for a direct selling company is safer than the traditional business. That they do not have to leave the security of their home is an important reason for single Moms to choose direct selling over other gig opportunities.

For more about the gig economy, I highly recommend the recently published book entitled The Ultimate Gig. This book and the related service and updates that the author will publish is must reading for all direct selling executives.

These are just three types of misinformation floating around in the social media realm. Each of these false claims can be easily debunked by simply looking at the actual facts and data. But to really combat misinformation nonsense direct sellers must become engaged by challenging these false claims with the facts and truth. We need senior executives to speak out telling the true story of our direct selling model. No responsible person will claim that direct selling is perfect as it is. There will always be places where we can improve and will have to change to meet evolving market trends. But the truth is mostly on our side. Direct selling has a good story to tell. We need everyone in the business to help tell that story on line and in other communications formats.