Depending on who you are talking to, you can get various responses to this question. Some would say a fortune is possible, while some others would tell that one can make a pocket money at most.

There are also others who take their stands on extremes, of course. Those on one end claim that a fortune is guaranteed and people on the other extreme say it is not possible to earn literally anything with network marketing.

But we have data from companies disclosing how much they pay to their representatives. Let’s check a few of them.

With an annual sales volume of $4.5 billion in 2015, Herbalife is the world’s third largest direct selling company after Amway and Avon. Founded in 1980, it now operates in 93 countries. Herbalife has been listed on the New York Stock Exchange.

Below table shows Herbalife’s commissions pay out to its “Sales Leaders” in the last four years in the US. Sales Leader in company’s career plan is one who achieves the level of Supervisor and higher and who has a downline.

Nu Skin’s global sales was $2.2 billion in 2015, making it the 10th largest direct seller in the world. Operating since 1984, Nu Skin is currently present in more than 50 countries. It is a public company whose shares are traded on the New York Stock Exchange.

Organo was launched in 2008 in British Columbia, Canada. It is a privately held company and has operations in over 40 countries. In 2014, Organo’s sales was $214 million and ranked the 67th. 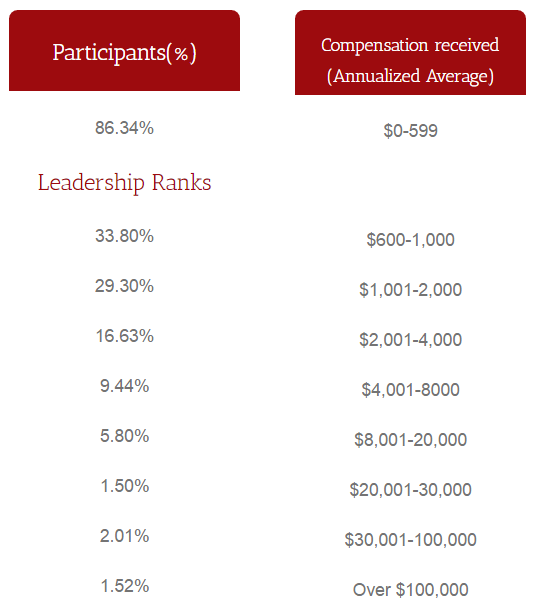 Headquartered in Utah, US, LifeVantage was founded in 2009. LifeVantage is a public company, listed on NASDAQ. It has operations in six countries. In 2015, LifeVantage was the world’s 69th largest direct selling company with a yearly sales of $190 million. 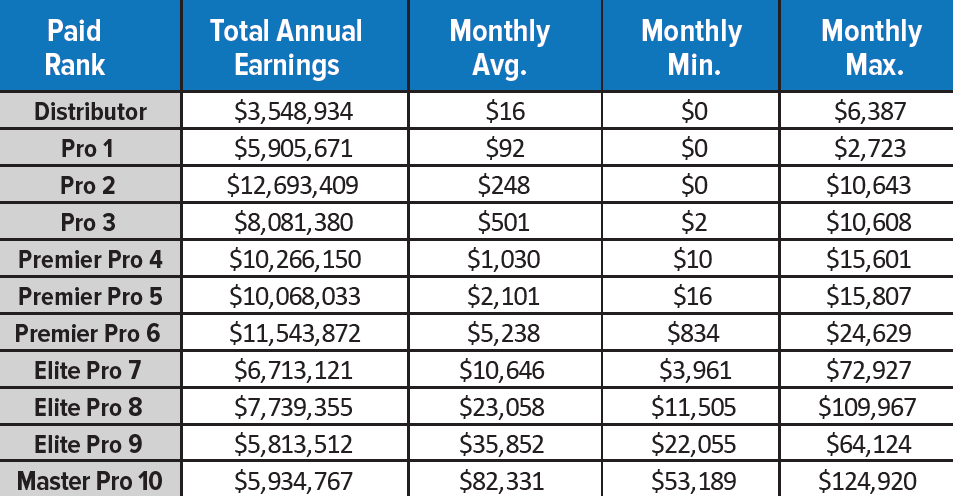 Looking at these statistics, I think we can answer two important questions confidently:

1) Is it possible to achieve really high incomes through direct selling?

2) Does everybody earn those high levels of income?