Italy is the 8th economic power in the world and the 3rd in the European Union. Italy is a founding member of the EU, as well as of NATO, the Council of Europe and the OECD. Italy is also a member of the G7 and G20 and is part of the United Nations Organization and the Schengen Convention. The country is divided into 20 regions, with Rome being the capital city. Italy has always been a world leader in the fields of fashion, design, manufacturing and luxury.

In its territory, Italy hosts the largest artistic, architectural, archaeological and landscape heritage in the world. It has the largest number of UNESCO World Heritage sites – more than 50, and includes 75% of all existing artistic heritage in every continent, covering a time span ranging from prehistory to the present day and influencing art and taste in every corner of the planet. 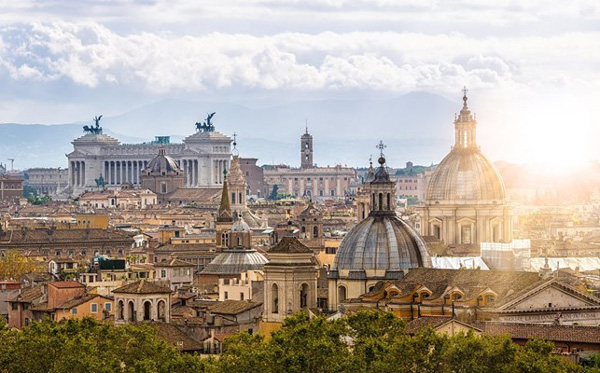 The beginnings of direct sales activities in Italy date back to 1938 when the German company Vorwerk began selling the electric vacuum cleaner “Folletto” door-to-door. Since that date, direct sales companies have managed to carve out a role in the national economy and have offered real income opportunities to many women and men.

In Italy, direct selling is a niche but particularly active sector. It ranks the third in Europe in terms of turnover, behind France and Germany, and the fourteenth in the world (2020 data).

According to the last official surveys conducted before the Covid-19 pandemic (year 2019), direct sales in Italy generated an annual turnover of 3.6 billion Euros. In 2020, despite difficulties, the sector maintained its position. In 2021, the growth was substantial.

There are two direct selling associations that operate in Italy: Univendita and Avedisco.

Since its foundation, Univendita has been an active member of Confcommercio Imprese per l’Italia (the national confederation that brings together companies, professional activities and self-employment). At the European level Univendita is a part of DSE (Direct Selling Europe). Today, Univendita has sixteen member companies. They are both national and European multinationals that make greater use of party plan and door-to-door sales methods. In 2021, the member companies achieved a total turnover of 1.4 billion Euros, up 7% compared to the previous year.

Univendita companies employ about 145 thousand sellers, 94.6% of whom are women. From this perspective, it is obvious that the association has fulfilled an important role in promoting female entrepreneurship.

At the European level, Avedisco is a member of SELDIA (European Direct Selling Association). Today, 37 companies are Avedisco’s members, mainly national and American multinationals that mostly use multilevel marketing. In 2021, they achieved a membership turnover of 707 million Euros, up 2.5% from the previous year. There are just over 400,000 sellers.

Since 2005, direct selling in Italy has been regulated by a specific law, Law No. 173/2005, “Regulations Governing Direct Home Selling and Protection of the Consumer From Pyramid Selling”.

This activity can only be carried out by individuals who possess the moral requirements of accessing and exercising commercial activities.

Study on the Evolution of the Direct Selling Profession

Last March, a research study commissioned by Univendita to the University La Sapienza of Rome was presented. That study showed both men and women appreciate the flexibility of working hours, which makes balancing private life and work possible. At the same time, they are attracted to the creative aspect of the relational contact with the client and to the opportunity of increasing income based on merit and results.

So much so that 59% of said they have been in the industry for more than six years. 36% of the respondents said they look for personal satisfaction (working for a company they appreciate, cultivating relationships) and another 36% want organizational autonomy.

After having resisted the crisis caused by the pandemic, direct selling has also been able to withstand the impact of e-commerce. In Italy, party plans and door-to-door visits are becoming “glamorous”. Also, “slow shopping”, that is, having a personalized shopping experience and eliminating the stress of making a quick purchasing decision and in unrelaxing contexts, is becoming more and more popular. Video conferencing platforms, used during the pandemic to stay in touch with customers, have not distorted the traditional essence of direct selling but rather enhanced the possibilities of contact between sellers and buyers.

Written by Ciro Sinatra, President of Univendita. Ciro has been at this role since 2013. He is the Director of Institutional Relations and Legal Affairs at Vorwerk Italia. Ciro is also a member of the National Council of Confcommercio, a member of the General Council of Applia Italia (an association of manufacturers of domestic and professional appliances), and a member of the Assembly of Delegates of Enasarco (a national agency assisting agents and sales representatives).