France is the seventh largest economy in the world and the third largest in Europe after Germany and the United Kingdom as of 2021. France is also a founding member of the European Union (EU) and a member of the G7, the G20, the Organization for Economic Co-operation and Development (OECD) and the World Trade Organization (WTO). 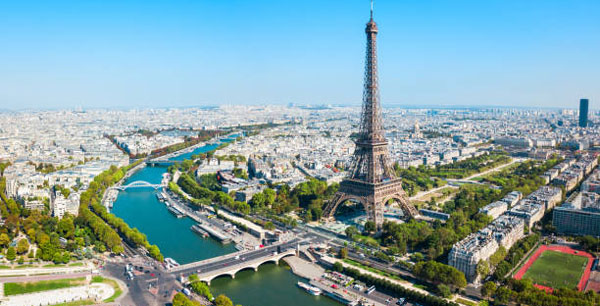 The country is divided into 13 metropolitan regions, of which Paris is the capital. French is the official language and the currency used is the euro (EUR).

France is among the world leaders in the agri-food, aerospace, automotive, tourism, nuclear, and luxury sectors. With at least 89 million foreign tourists a year, France is also the most visited country in the world. 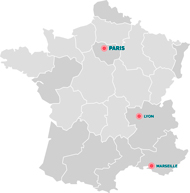 France is the the second largest market in Europe after Germany with direct selling retail sales for 2020 at €4.492 billion. France ranks the 9th globally. As far as the opportunities it provides to individiuals, the industry showed a strong ability to generate activity across France in 2021. It grew by of 2%, bringing the overall workforce to 713,770 people.

Most represented product categories are: 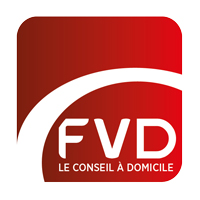 Study on the Evolution of Direct Selling as a Profession

In 2021, the French DSA (FVD) wanted to understand the evolution of the direct selling jobs over the last few years, particularly in light of the Covid-19 crisis. To this end, in collaboration with IFOP, one of the leading French polling institutes, the FVD carried out a study with a sample of 5,199 distributors from the DSA member companies.

The study showed a real optimism as far as the direct selling disitrbutors’ state of mind is concerned, compared with all French workers: 72% of the respondents expressed themselves in positive terms, compared to 55% of the total French people. 70% of the distributors associated their jobs with “pleasure” and 83% said they were satisfied with their direct selling activity, including 23% who were very satisfied.

94% of them had a positive image of the sector, including 35% who had a very positive image. Independence, flexibility and adaptability were particularly popular concepts among them. The absence of pressure, freedom of working anywhere, and the ability to make time for themselves were all motivating factors.

Finally, the study showed that the Covid-19 crisis only slightly impacted the distributors’ optimism with regard to their activities: 70% indicated that Covid-19 had enabled them to reinvent the way they carried out their businesses.

Since the start of the Covid-19 crisis, the industry had to reinvent itself. In order to be able to continue the activities, it adapted itself by turning to new digital practices.

“Multichannel” has become essential in the direct selling industry, and the digitilization has further accelerated this. This was amplified by the lockdown period. Acquisition of new customers, sales force rejuvenation, strengthening customer relations have all been the positive outcomes of this.

Traditional direct selling still works in selling and recruiting, but today, the digital tools are used to:

We have also observed in the IFOP study that the direct sellers themselves have gone digital, too, using different means of communication to replace face-to-face meetings : Social networks (74%), video conferences (54%), and e-mail/SMS (52%). Digital has also facilitated remote transactions with the use of remote payment options (49%) and with the set up of e-shops (48%). 75% of these distributors say they have developed a “digital aspect” of their activity.

In France, direct selling benefits from very strict regulations that offer the consumers and the distributors a secure legal framework. Before the order is signed, the distributor has the obligation to inform the consumer of the legal basis of that transaction.

Direct selling companies in France has the option of offering to their distributors various commercial statuses. This is dependent on the nature of the products and on whether the direct seller is willing to carry out the activity on a part-time or full-time basis. The most used status are:

Written by Jacques Cosnefroy, General Secretary of the French DSA (FVD).  Jacques has been at this role since 2004. He is the privileged contact of the French Ministries and European and other international institutions about direct selling. Jacques is also Vice-President of The European of Direct Selling Association (Seldia).