How To Start Thinking Differently About Compensation Plans in 2022

There’s something that’s becoming quite evident in direct selling right now: Yesterday’s compensation plan design best practices don’t pack the punch in 2022 that they did in 2002. And no wonder: It’s a completely different world now. And yet, so many direct selling companies are choosing to “tweak” their plans, adding some flashy trends on top of an otherwise outdated foundation.

I get the hesitancy. Changing compensation plans is not for the faint of heart (or the weak of mind). It’s scary to move into the “new you” you know you need to become, when the “current you” is what’s paying the bills and providing the runway to even have a chance at becoming the “new you!”

But here’s the thing: You can’t really “tweak” your way to success. Not with the important stuff. Not when fundamental market forces, like the consumer mindset, or the entrepreneurial marketplace, or regulations, or even the economy, are prompting wholesale changes in how we think and do business.

I originally posted The Makings of a Modern Compensation Plan in June 2021. I was already hearing from a lot of companies to help them think through how to transition many elements of their business model, including their compensation plan. But since then, the requests have easily tripled. From customer reward programs to flattened compensation plans to everything in between, the direct selling industry is more open to anything and everything than it’s ever been before.

So, it makes sense to revisit these thoughts. I recorded the video posted below to talk through the six areas I originally pointed out in the article in more depth, and in a more conversational tone. This video in no way covers everything that should be considered, but it will prompt you to think a bit more boldly if you’re looking at what your compensation plan needs to look like moving forward.

I hope you enjoy the video. I’d love to see your reactions in the comment. And make sure you read the original article, as well. 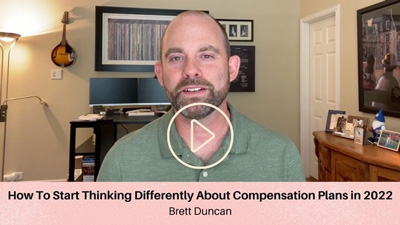 Here are four of the six areas I mention in the video that deserve some attention and new thinking when it comes to your compensation plan:

1. Modern Plans Aren’t as Deep as They Used to Be.

With product sales and customer acquisition leading the way in all decisions, new companies are introducing compensation plans that reward accordingly. In a world where we’re competing with an affiliate program for just about everything, we have to make sure that our retail commissions and rewards related to customer acquisition are attractive just to be considered. This typically means we can’t pay as deeply (or as much at the deeper levels) on team building as some of us may be used to.

For a new company, there’s nothing to lose, to incorporating a plan like this is relatively simple. But as existing companies starting comparing themselves against these new companies and their plans, they hit roadblock after roadblock trying to figure out how to create strong commissions on retail selling without rocking the boat of their current structure that pays deep for team leadership.

There was a time, not so long ago, that direct selling was about the only choice for someone looking for a simple, affordable way to earn some income on the side 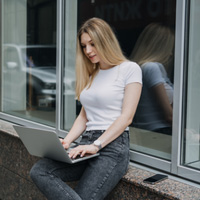 or start their own business. That’s no longer the case. In the midst of the ever-evolving Gig Economy, it’s abundantly clear that we are no longer the only gig in town.

In some ways, this is good for us. The market for non-traditional ways to earn income is booming. However, we are competing with so many different variables that we simply didn’t have to worry about before.

It would be wise for direct sellers to study the affiliate marketing world and the Influencer space, not just with hopes to recruit some of these people into our ranks, but rather to learn about what they’re used to, their systems, their commissions and more. Where are there advantages for us? Where are the disadvantages? What can we do about it? In the video, I go into much more depth about how to look at the affiliate space today.

Direct selling compensation plans are notoriously confusing. We used to justify this by pointing to the large income potential that awaits those who really build out both their customer enrollments and their team building.

Now, with so many options for side income available, many people pay more attention to how easily they can earn income than how much income they can earn.

As I stated in the original article, “For a plan to be truly simple, a company cannot start their plan design with figuring out how someone can make $500k per year, and then work your way down. The modern plan also won’t be as concerned with creating massive income for its top producers. Don’t get me wrong: There will still be plenty of high incomes with the modern plan design, but that will be because the sales volume warrants it, not because of ’17 ways to earn income’ and infinity bonuses and the like.”

4. Commissions Aren’t Our Only Compensation.

The biggest trend for companies right now (and the biggest request I’ve received over the last 18 months) is in creating rewards programs for Customers, at least, and sometimes Distributors, too. These programs take on all kinds of shapes and sizes, from cashback on your purchases, to referral perks, to loyalty programs, and much more. The perks typically center around discounts on future orders.

It’s possible that the best compensation plan update you can create isn’t a compensation plan update at all. For every Distributor you have that is motivated by that cash bonus, you probably have four others who are not. Most companies have a Distributor base that’s interested in making a little money and getting discounts on or credits toward product purchases. So figure out some great ways to make it happen. Done correctly, it’s of great benefit to you, as it should cost you less overall.

I speak a lot about these programs in the video; be sure to watch it.

This, of course, isn’t everything. I cover a couple more areas in the video, but there are many other areas that aren’t mentioned. That said, I feel like every company has to at least come to grips with the six areas mentioned. What has your company done to address these areas so far? How has it worked? What’s left to do? Most importantly, what are you going to do about it?