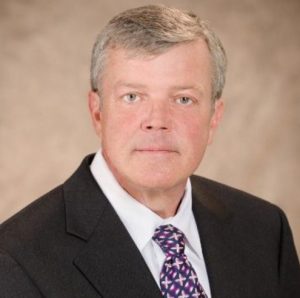 This week’s article is from Daniel Murphy, Co-Founder and Managing Principal of Strategic Choice Partners. Dan has over 30 years of experience holding senior finance and operating roles at TJX, Pepsico, Panera Bread, Princess House and Immunotec. For the last 15 years Dan has served as both a CEO, CFO and COO for two party plans and network marketing company respectively. Currently Dan is a consultant specializing in the direct selling industry. Dan also served as the Treasurer of the Direct Selling Educational Foundation and previously served as the Treasurer for the US Direct Selling Association.

In the world of direct selling, one of the most difficult issues includes capital formation and how to make your particular company attractive to a venture capitalist in order to raise the necessary capital to take your company to the next level of growth. In this article, we’ll discuss how VCs (Venture Capitalists) think about valuing business, and how you should think about it as you prepare.

Everyone thinks venture valuations are black magic and arbitrary. But there’s actually some science behind it. The methodology below is a grounded way that VCs arrive at valuations.

The process a VC takes to produce a term sheet valuation is quite simple:

1. Estimate exit valuation range. Venture money always wants a way out. This is an important consideration to ensure that in your business you understand that this is the end objective of venture money. Don’t start down this road if you want to build and own your business over the very long term.

3. Divide exit valuation by ROI to get current acceptable valuation.

4. Sense-check (strongly) against the rule of thumb values.

5. Check if this is too much/too little money for the business plan.

Let’s dig into the details of each of these principles.

VCs start with the end in mind. They’ll triangulate your business model, your addressable market, and your buyer universe to identify a range of likely exit values for your business.

Note that likely is the key word here – VCs know that the typical exit is in the low $100s of millions so it takes a pretty strong case to convince them a unicorn valuation is in the exit range.

VCs work backward by an expected ROI. The average multiple for a “home run” VC exit (which drives a portfolio) is 16x. This is driven by the Pareto principle in venture investing – because of the high failure rate of startups, the successes need to be home runs to drive portfolio returns.

But of course, VCs will actually need more than the 16x at the outset. This is for two reasons:

* First, the math here doesn’t account for dilution from future rounds. So earlier investors will demand a higher “expected ROI” than growth stage investors – probably at least double the ROI.

So the big question is what ROI do VCs look for? There’s a lot of chest-thumping around “we need 100x!” but we feel it’s not actually that high. We think a good estimate is anywhere from 20x-40x (that’s exit cash divided by invested cash). This is actually a great question to talk about with your VCs, so you can tune this even more specifically with each potential investor. Some VCs might consider this controversial, but if you can’t have this discussion openly, you probably don’t want them as your investors.

That’s a pretty common range of valuations you see for venture stage startups. The range feels large, but bear in mind this is for startups from Seed to Series B. For brevity, we won’t do the math for each individual series here, but the calculations for Seed, Series A, etc., individually all fall within their more specific ranges.

After all of this precise, results-driven math, the dirty secret of venture capital is that everyone still triangulates against market values.

The good news is those ranges are wide – ballpark US direct selling businesses at $2-6M for Seed, $10-40M for Series A, and $30-$200M for Series B in 2017. So all of the work we’ve done so far isn’t a write-off, but the market will definitely encourage a VC to nudge the valuation in either direction.  One example to determine that nudge is revenues – a Seed/A/B startup should be in the $500K/$2M/$10M revenue range, respectively. And if you fall above/below that for your stage, expect to be on the high/low side of your above range, respectively.

5. Check if this is too much/too little money for the business plan

VCs generally look for about 20% per round, so divide your valuation by four to figure out how much is the ticket size (glossary: ticket size = how much their investment amount is).

This again gets a nudge and is a big driver of what pushes valuations around within their market ranges. The key here is that (honestly, for reasons unknown) the 20% is fairly constant. So if there’s a strong case for you to raise a larger round, then you’ll get both more cash AND a high valuation. Great!

For example: if you’re a Series A company, the valuation ranges start to widen – from $10-$40M. What’s the difference between $10M and $40M valuation? The $40M business here would have strong proof that they’re ready to productively scale up their sales force. This will drive a larger ticket size (roughly $10M). So they would ideally show that they can invest $10M in scaling the business NOW and achieve solid ROI.