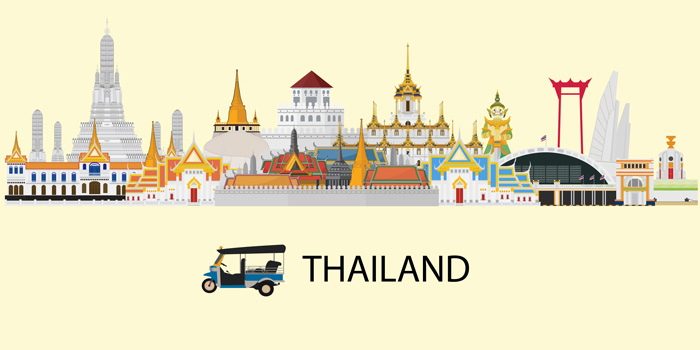 Thailand, historically known as Siam (as it was called until July 1939) and officially the Kingdom of Thailand, is a country in Southeast Asia spanning 513,120 sq km, with a population of almost 70 million. Thailand is around the same size as Spain and is the world’s 50th-largest country by land area, and the 22nd-most-populous country in the world.

One of the many countries with distinctive traits, Thailand is one endowed with a rich heritage of art and culture resulting from the accumulation of endless evolutions and development. Historical evidence further reflects its wisdom, aesthetics, environs and other symbols that together form the identity of the Thai nation.

“Land of Smiles” is a popular term referred to Thailand. The nickname was first dubbed in a promotional sense, hoping to lure visitors in with its promise of white sand beaches, affordable travel costs, and the extreme hospitality of the locals. This, in a sense, is all very realistic.

The coastlines of Southern Thailand are some of the most stunning in the world. The cost of accommodation and food remain extremely low in comparison to Western countries and even those surrounding the Land of Smiles. Last but not least, the locals are, for the most part, helpful, courteous and kind. 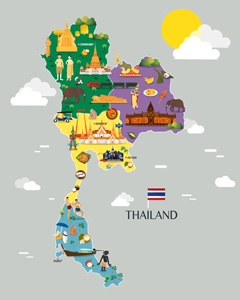 The Thai people have an invaluable cultural heritage that their forefathers had diligently created and maintained for posterity to be proud of. This cultural heritage stands out as the unique identity of an ancient nation.

It’s also known for various attractions such as tropical beaches, opulent royal palaces, ancient ruins and ornate temples displaying figures of Buddha. Thailand welcomes different religious faiths in the Kingdom. Although Buddhism is the main religion, the Thais have always subscribed to the ideal of religious freedom and harmony.

Bangkok, officially known in Thai as Krung Thep Maha Nakhon (and colloquially, as Krung Thep) capital city, chief port of Thailand, cultural and commercial centre, and the only cosmopolitan city in a country, had commemorated the Bangkok Bicentennial in 1982. It has an estimated population of 10.5 million as of 2020, or 15.3% of the country’s population, making Krung Thep an extreme primate city in both size and importance to the national economy.

Thailand was relatively successful in containing the COVID-19 pandemic throughout the most of 2020, but has been experiencing an uncontrolled resurgent outbreak since April 2021. In response to the first outbreak, the Prime Minister declared a state of emergency, and the Centre for COVID-19 Situation Administration (CCSA) was established to coordinate the government’s response, working in conjunction with the Department of Disease Control and issuing public communications. Lockdown measures were implemented in varying degrees throughout the country with public venues and businesses with the impact to the direct selling business as well.

WHO Thailand is working closely with the Thai Ministry of Public Health and other national partners, and in convergence with WHO’s Southeast Asia Regional Office and WHO Headquarters to rapidly expand scientific knowledge on this virus, to track its virulence and spread, and to provide advice to Thai authorities and citizens on measures to protect health and prevent the spread of the outbreak.

Direct selling business entered Thailand some 40 years ago and there are approximately 680 global and local companies at present. Referring to the 2021 market study, the direct selling retail sales were US$2.53 billion with 11 million Thais participating (70% female and 30% male). 55% of direct sellers’ ages are in the range of 35-55. The important players in the Thai direct selling space include the global companies like Amway, Herbalife and Unicity; and local companies like Giffarine, Zhulian and Successmore. The products sold cover a broad range of popular product categories including nutrition and wellness, personal care and cosmetics, homecare and technology.

The direct selling business in Thailand is well-supported by the government as far as company registration, direct selling regulations prohibiting pyramid schemes and money games as well as business ethics, business training and advice are concerned. These offer a great support in sustainably running the businesses and spreading the positive perception among the public.

Getting to Know the TDSA

Thai Direct Selling Association (TDSA), established in 1983, is the only national association that is the official member of World Federation of Direct Selling Associations (WFDSA). The role of TDSA covers supporting, encouraging and developing the direct selling business in order for it to have positive image and perception among the consumers, public and government sector, including providing information and advice on business regulations and ethics for consumers’ privileges. The TDSA has a total of 32 member companies, having a 60% market share. 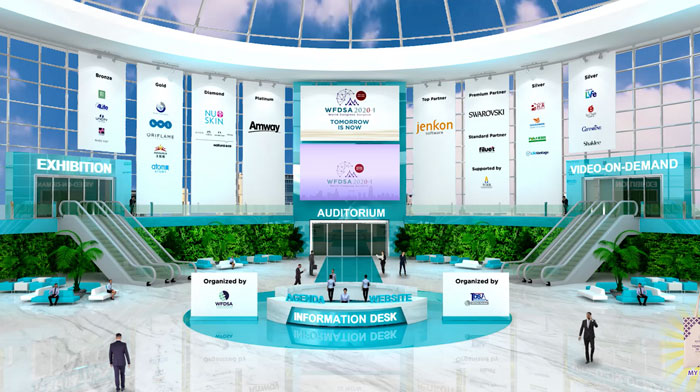 The TDSA was chosen as the host organizer of the WFDSA World Congress XVI in 2020. However, this event was postponed to 2021 due to the pandemic. The Congress was then, organized for the first time via online under the theme of “Tomorrow Is Now”. The Congress was successfully completed, inspiring all participants by the leading figures including CEOs, academicians, economists, and legal advisers who shared their experiences and opinions.

Written by Sukanda Chunhachatcharachai, Manager of the Thai Direct Selling Association. Sukanda has served as the Manager of the TDSA for 21 years since 2001. She works closely with all member companies and the Board Committee to enhance the positive impact that the TDSA has on the members and their business owners, as well as to ensure that the members are running their businesses with the highest ethical standards. Additionally, she effectively works in key projects such as the WFDSA Code of Ethics program. Sukanda is also the public face of TDSA.

Click to read the other Country Spotlights on The World of Direct Selling.