Brazil is the fifth most populous country in the world and accounts for one-third of Latin America’s population (213 million inhabitants). Population is mainly concentrated in the Southeast (43%) and Northeast (27%) regions. Just coming out of the economic crisis originated by the COVID-19, the economy holds the 13th rank in the world with a GDP of US$ 1.608 trillion. The Brazilian economy grew at a rate of 4.6% in 2021. 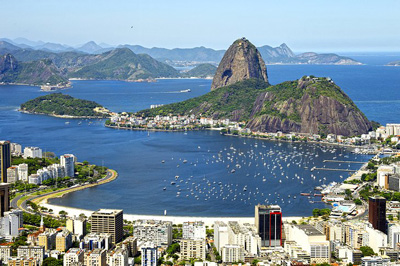 Brazil in Some Figures 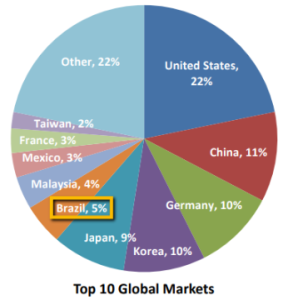 During the pandemic, the government provided financial aid to low-income groups and “informal workers”. This, combined with the retail shut down, boosted direct selling. In 2020, sales volume reached US$9 billion, representing a 10.5% increase which was a record. Thus, Brazil maintained its 6th rank in WFDSA’s (World Federation of Direct Selling Associations) worldwide ranking.

Many people have chosen to be an independent direct seller for it was “the” path to be in the formal market and to make extra money. This resulted in the sector’s strong performance: 5.5% sales force growth in 2020. By the end of 2020, direct selling was a source of income for almost 4.0 million independent contractors and accounted for 30% of family income on the average.

Brazilians are in general very fond of social interaction and consumers trust person-to-person interactions. This turns out to be particularly relevant when the shopping experience occurs with someone from his/her social circle, such as a friend or a relative. This is one of the reasons the activity develops so well.

Smart phones have opened access to the internet in every region. Digitalization was already underway, as our pre-pandemic data showed: In a March 2020 survey, 53.5% of the independent direct sellers said that they were using WhatsApp, social media platforms and internet for promoting and selling products. With the pandemic and social distancing period, the rate of digitalization accelerated intensely.

Use of digital tools in selling products has taken our industry to a new level, going from door-to-door to a non-barrier broad market, enabling to reach more people and to promote more products. Digitally, networks could grow anywhere and products could be sold in every market.

Over the years, we have observed more and more young people 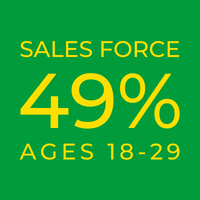 joining the industry as entrepreneurs. Youngsters between ages 18 and 29 already represent 49% of the sales force in Brazil. Our studies with millennials and the young generations indicate that agility and good services as well as digital environment and convenience are all important factors to them. So, it is clear that our business has the key points to attract new generations.

New channel creation and finding new ways to interact with consumers are strong trends. The aim is getting to know the consumer better, who used to be distant before, since companies were inreracting with entrepreneurs but not with the final customers. In the last few years, we have been observing many direct selling companies opening their ecommerce and physical retail stores (for example, the Brazilian brands Natura and Mahogany). On the other hand, there are many retail and services brands that have opened up to new possibilities, creating direct selling channels for themselves (such as Lojas Pernambucanas, C&A and Riachuelo)

A common phrase says, “Brazil is not for beginners”. Although there have been improvements over the years, Brazil’s regulatory environment is not an easy one to deal with for companies regardless of they are new or established. The Brazilian economy stands out as extremely highly regulated. Entrepreneurs in general, face high costs associated with starting a business, registering property rights, accessing credit, paying taxes and enforcing contracts among many other challenges. Such barriers can be overcome when they begin working with direct selling companies.

ABEVD has been representing direct selling companies for more than 40 years now and been fighting for maintaning the simplicity of the business model, tax environment and the various forms of becoming an independent conractor. Among our members, there are some of the world’s most traditional and important companies such as Natura, Avon, Herbalife, Tupperware, Amway, DeMillus, Jequiti, Omnilife, Hinode, Yakult, alongside many others.

Cosmetics and personal care categories still make up 60% of the Brazilian market. Yet other categories like homeware, apparel and vitamins/supplements are growing and have also become popular.

ABEVD is currently conducting a reputational study and forming a task force to reposition direct selling and prepare the industry for future possible challenges. With this project, we aim at strengthening the channel and positioning direct selling back on the spotlight as an aspirational choice for those looking for a purpose and a source of income.

Written by Adriana Colloca, Executive President of the Brazilian Direct Selling Association (ABEVD). Adriana is an economist. She holds a post-graduate degree in Business Administration and an MBA from SDA Bocconi in Milan, Italy. Previously, she worked at financial institutions such as Bank Boston and ABN AMRO. Her experience in association management began in 2006, when she joined the Brazilian Association of Shopping Centers (Abrasce). Adriana has been leading ABEVD since 2018.