There are countries that accept immigrants from all over the world as a part of their general policies. Certainly, Canada is one of those few that not only accepts immigration, but promotes this inflow strategically, leading these countries in many aspects.

Continuous Flow of New People to the Economy

Difficulties in Finding a Job or Starting a Business

Those who immigrate to Canada generally come as educated, experienced in 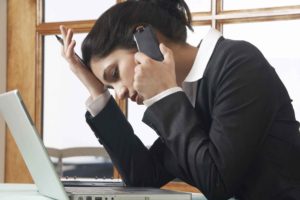 their career fields and with several skills gained in their home countries. However, these do not help them much in the beginning.

In the job market, new immigrants inevitably lack the work experience in Canada. This, coupled with the reluctance of the Canadian employers to be the first (or, even the second) employer of a new immigrant makes lives quite difficult.

For those immigrant who have entrepreneurial aspirations, the situation is not much different, either. Here, not knowing the necessary rules and regulations, the customary practices in this new market as well as what works and what does not, make up the barriers.

There are several government-supported courses in Canada to help new immigrants but all these mean considerable time and in many of the cases, considerable money to be spent by these individuals.

Ties Back at Home

All immigrants keep warm ties with their relatives and friends in the countries they come from. With the advances in the communication tools the Internet provides such as WhatsApp, WeChat or Messenger and the social media platforms like Facebook, Instagram and LinkedIn, these ties have never been stronger before.

What Do All These Mean to the Direct Selling Industry?

It means a continuous inflow of large number of people every year:

* Who are in need of full time or part time income,

* Who would be willing to take a business opportunity that will require minimum amount of investment, that their lack of Canadian work experience will not be much of an obstacle to success and that they will not risk almost anything by taking this opportunity,

* Who can take advantage of a warm market in Canada consisting of immigrants that come from the same country and that they can easily socialize with,

* Who can also take this opportunity to their friends and relatives in their home countries to further grow the business.

Many would think Canada has a mature, saturated direct selling market, probably because it is a developed country. However, due to the continuous inflow of immigrants, it is not quite the fact.

This represents a huge opportunity for both growing in the Canadian market and also for taking the business to other countries via the help of immigrants. However, making use of this opportunity by a direct selling company requires a well-defined strategy and persistently executing it.