Since the beginnings of organized direct selling, many entrepreneurs have left their footprints for others to follow. Among them, there are those who are still strong inspirations with what they had achieved. This week’s and the next week’s articles will highlight some of these true visionaries. 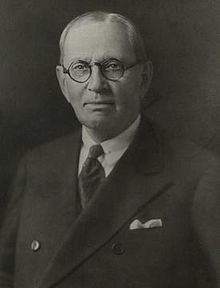 While selling books door-to-door in the U.S. in the late 1800s, McConnell started carrying free perfumes which he made himself. He used these as “door-openers” to increase sales. Soon he realized many of his clients were stay-at-home ladies and were far more interested in perfumes than the books. Some were even asking to buy the perfumes not the books. He thought if he could sell books door-to-door, he could also sell fragrances. This led him to establish California Perfume Company (CPC) in 1886, the foundations of today’s Avon.

With all its ups and downs, the evolution of Avon’s business over the last 100+ years has been nothing but admirable. David H. McConnell’s company has grown from a fragrance-selling micro-business to a global beauty corporation and has helped pave the way for women to set up their own full-time or part-time businesses. 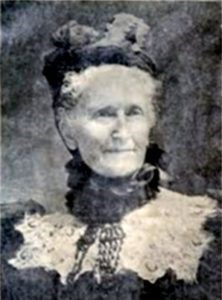 Telling about David H. McConnell could not be complete without mentioning “Mrs. Albee”, the first “Avon Lady” on earth. After selling books to her first, McConnell recruited Mrs. Albee as a salesperson. When McConnell started his California Perfume Company in 1886, Mrs. Albee had already become one of his most successful dealers in selling books. Within a short while, she was given “district responsibility” in this new cosmetics company, and made in charge of the saleswomen in her area.

Albee is estimated to have trained over 5,000 representatives to sell cosmetic products. This was all done by horse, buggy and by train in this pre-automobile era.

Mrs. Albee excelled in innovative selling techniques, in recruiting and in training of other saleswomen, and was also known to have always dressed professionally when selling  door-to-door. Mrs. Albee had been with McConnell’s company for over 25 years. The company became “Avon” years later after her death in 1914. She was undoubtedly a pioneer in helping other women become financially independent. 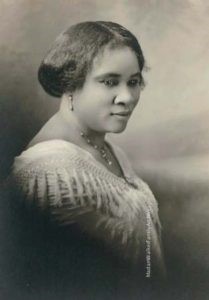 Madam Walker is known as the first black female self-made millionaire in the United States.

Orphaned at the age of seven, she got married at 14. A widow at 20 with a daughter in her arms, she started working to earn an income. She washed clothes for more than a decade. In the following jobs she worked, she learned the basics of chemistry to develop her own formulas for hair care products.

In 1906, she married Charles J. Walker. Her products to heal hair problems like dandruff became popular as the “Walker method” and herself as “Madam C.J. Walker”. She travelled across the country to develop her business and offered income opportunities and financial independence to many African-American women.

In 1913, she expanded her business to the Caribbeans and Central America. Four years later in 1917, Madam C.J. Walker organized her first conference for her agents. There were 200 participants and this conference is known to have been one of the first national gatherings of women entrepreneurs. By that time, Madam C.J. Walker was estimated to have trained 20,000 sales agents who were called “Beauty Culturists”.

Madam Walker died of medical reasons at the age of 51. At the time, she was considered to be the wealthiest black woman in America.

In 2020, Netflix aired a four-episode series named “Self Made: Inspired by the Life of Madam C.J. Walker” based on her true, inspirational story. 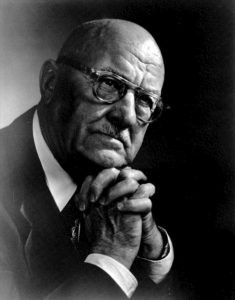 Frank Stanley Beveridge, a Nova Scotian and the ex-Vice President of Sales at Fuller Brush Company founded Stanley Home Products together with an associate from Fuller Brush.

The year was 1931, Beveridge was 52. The new direct sales company would sell household cleaners, brushes, and mops.

In a few years, Stanley Home Products became a well-known name. The unusually high orders coming from a dealer attracted Beveridge’s interest. He was selling through demonstrations to groups. Then, the company introduced a new selling method, called “Hostess Home Party”. Housewives would invite friends and relatives to their homes for product demonstrations. Members seeing the success in selling through such organizations, chose to use this method rather than selling to individuals.

Despite the general belief, Frank Stanley Beveridge’s company had implemented the party plan method years before Earl Tupper did in his company. Doing so, it had become a training platform to many who then, took other routes in their careers. Mary Kay’s founder Mary Kay Ash, Tupperware’s brain Brownie Wise, Jafra’s founders Jan and Frank Day were among them. 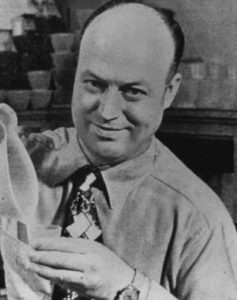 Earl Tupper (1907-1983)
“Dissatisfaction with retailing leads to another route”

After his business went bankrupt, Earl Tupper found a job at the DuPont chemical company in 1937. He worked there for about a year and with the expertise he gained in plastics, he set up The Earl S. Tupper Company in 1938.

His experiments with a by-product of the oil-refining process led to the invention of a durable, flexible, and lightweight plastic that he used to create his famous containers. After the World War II, Earl Tupper focused on kitchen utensils. He introduced the products at hardware and department stores. However, sales results were not satisfactory. Convincing consumers to purchase plastic products was not easy, regardless of how good they were in quality.

He was sure about the quality of his products and he had to find a way to get consumers understand and buy his products. In the late 1940s, a lady by the name of Brownie Wise was successfully selling Earl Tupper’s products through home parties. Tupper hired Brownie Wise in 1951, made her the Vice President and moved the company from retail channel to direct sales.

In 1958, this “latter day Leonardo DaVinci of plastics” sold Tupperware company. He bought himself an island in Central America and years later, died in Costa Rica.