FTC’s five accusations filed in 1975 against Amway were quite severe:

After four years in 1979, it was ruled that the company had been conducting a legitimate business but not a pyramid and Amway prevailed.

The significance of this decision for the rest of the direct sales community was that the FTC was making distinctions in its ruling between an illegal pyramid and a legitimate multilevel marketing program. The FTC said “Amway differed in several ways from pyramid schemes that the Commission had challenged. It did not charge an up-front ‘head hunting’ or large investment fee from new recruits, nor did it promote ‘inventory loading’ by requiring distributors to buy large volumes of nonreturnable inventory.”


This did not mean that the FTC had left Amway free of any orders to follow: Amway had to stop retail price-fixing; misrepresenting profits, earnings or sales; allocating customers among their distributors; and had to print a specific disclaimer on its suggested retail price lists. In other words, the ruling didn’t make Amway look very good, but it provided an essential shield to network marketing companies, including Amway itself.

The famous “70% rule” has also been an industry standard or a “Golden Rule” following this case. Amway was requiring from its distributors to sell or personally use a minimum of 70% of any previously purchased products before placing a new order. And this was recognized by the FTC as one of the signs of not being a pyramid scheme. 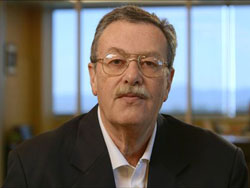 This case has been considered as the most significant cases in the history of direct selling by many. Jeff Babener, a well-recognized authority in legal issues whom we sadly lost last year, had said, “Had Amway lost, MLM history after 1979 may have been nonexistent. Amway’s victory paved the way for hundreds of MLM companies that would follow. So significant was the decision that the FTC during the next 20 years focused on ‘deceptive’ practices of MLM companies such as earnings representations or medical claims rather than attacking the ‘structure’ of MLM programs.”

The FTC’s Former General Counsel Debra A. Valentine commented in a speech in 1998, that FTC’s decision in 1979 was a “landmark decision” that distinguished an illegal pyramid from a legitimate multilevel marketing program.

(*) The Federal Trade Commission or the FTC in short, has the regulatory authority over direct selling businesses in the U.S. It sets anti-pyramid standards and determines the business standards to be used by legitimate companies.