Ruby Ribbon has strengthened its Board of Directors with the addition of former Princess House President & CEO Connie Tang.

Tang’s 25+ year-career is notable for guiding companies through transformations. As the first female President & CEO of Princess House, Connie led a multi-year, business and digital transformation of the cookware company. Previously at JAFRA as its President of its U.S. division, she oversaw a 35,000+ sales force, while shepherding the company’s expansion across ten international markets as a JAFRA Board Member. 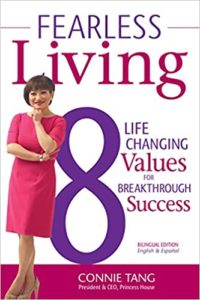 Connie Tang is the author of “Fearless Living: 8 Life-Changing Values for Breakthrough Success”, in which she shares stories of women entrepreneurs and her own story which began as the only Chinese-American kid on her block in Manhattan.

Tang said, “As an early investor, I have been watching Ruby Ribbon for years. I am so impressed with what Ruby Ribbon has accomplished in 2020. I look forward to working with the Ruby Ribbon home office team as we support and empower our national network of Stylists in this new era of growth.”

Click to read an interview with Connie Tang that was published on The World of Direct Selling while she was with Princess House.

On January 1, 1973, Dave Longaberger started a handmade basket business in Ohio, US. That business would five years later adapt the network marketing model and become one of the most interesting companies in the direct selling world.

At the end of 1997, Longaberger moved into its iconic workplace, a seven-story building designed as a replica of a genuine Longaberger basket.

Longaberger’s revenue peaked at $1 billion and the number of employees at 8,200.

In 2018, Longaberger ceased operations. It was acquired and re-launched by Xcel Brands in 2019