The third quarter has elapsed and year-end is in sight. It’s time to review the biggies’ (*) figures and expectations for the rest of 2013. Once again, the review will focus on sales figures of the companies leaving financials to another discussion.

(*) Normally, this quarterly review has been covering the “Big-6” (the six largest public direct selling companies). However, Oriflame’s quarterly report was announced to be online only by November 12. In order not to keep you all waiting for so long, Oriflame is not included in this review.

Avon closed the quarter with a disappointment, again: Global sales down 7%. And company’s growth at the end of the first nine months is -4%.

Avon management reports the reasons behind this as “negative impacts of macroeconomic headwinds and continued weakness in some parts of its business, particularly North America.” In fact, Avon’s performance in North America can even be tagged as “alarming”. The company’s sales decrease in this region in Q3 was 19%. The company reported a 16% decline in active representatives in North America. The efforts Avon management has made such as decreasing the number of district managers who are responsible for recruiting new reps seems to have ended up hurting Avon. CEO Sheri McCoy comments on this as “Our recruiting engine fell apart.”

Avon’s Asia-Pacific sales fell by 22%, Latin America by 5%, whereas EMEA ended up with a flat performance as compared to the Q3 of 2012.

In the meanwhile, authorities are still investigating Avon employees’ engagements in bribery overseas. This investigation began in 2011 and the company is said to have already spent hundreds of millions of dollars on its own investigation.

“There’s no shortage of challenges for us,” CEO Sheri McCoy says.

Herbalife succeded to increase its quarterly sales by 19% this quarter, reaching $1.2 billion. Herbalife’s growth in the first nine months was 18%.

Percentage-wise, the highest growth was achieved in China (77%). It was followed by South and Central

Once again, Herbalife had a positive performance in North America (10% growth) where quite a few direct selling companies are having difficulties in reaching meaningful sales increases. Moreover, the company announced in excess of 75,000 new members had joined Herbalife during the quarter.

In the last quarter, Natura posted 6.6% growth. In Brazil, Natura’s largest market, the revenue growth was 5.4%, which surpassed the growth of 1.6% registered in the first half of the year. In its international markets, the sales increase was 37% during Q3. With this performance, the share of non-Brazil markets has increased from 11% in 2012 to 14% this year.

For those who are not familiar with Natura, this company was founded in 1969 and is now the market leader in the Brazilian cosmetics industry. Natura has 34% share in this country’s cosmetics and fragrances market.

Nu Skin closed the quarter with an impresssive growth rate: 76% increase over the prior-year period. And the quarterly sales of company was almost  $1b ($928m to be more precise) this time. This represented a record for Nu Skin as its largest revenue quarter prior to this was $683 million.

With this performance, company’s growth in the 9-month period is 37%. At the end of this third quarter, Nu Skin has reached the sales figure of full 2012.

The company announced it owed considerably portion of this success to its new product line, ageLOC TR90 weight management system. After introducing this category in September starting from China and South Asia/Pacific regions, it generated $205 million within the quarter.

In Q3, 50% of Nu Skin’s sales originated from China, 22% from North Asia, 14% South Asia/Pacific, 9% from Americas and 5% from EMEA region. China is and will be a major market for Nu Skin taking into account the company’s target of selling $1 billion in this market by the end of 2014.

The company announced that it is significantly increasing its full-year 2013 revenue guidance to to $3.21 billion. This tells us  Nu Skin expects to sell aproximately another $ 1 billion in the last quarter, and close the year by a growth rate of 48% as compared to 2012.

In one sentence, “We are extremely pleased with our third-quarter results,” said Truman Hunt, President and CEO of Nu Skin.

Tupperware’s was a modest performance as compared to those that posted sales increases. The company increased its sales by 1% during Q3, and 4% within the first nine months.

Tupperware’s highest growth came from its South America region (27%) in this quarter, and the lowest from

Europe (-7%). In Europe, Germany (-20%), and France (-13%) remain as problem areas, whereas Turkey continues to shine (+34%). The company management stresses that the issues in Germany and France are of short-term nature. In North America, the company managed to increase its sales by 2%.

Rick Goings, Chairman and CEO, commented, “While our established markets in total did not perform as we would have hoped in the quarter, overall we continue to generate significant sales in these markets with a solid return on sales.” 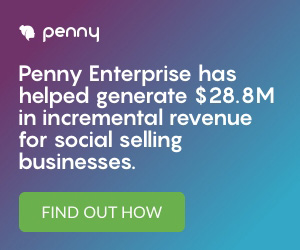 On January 1, 1973, Dave Longaberger started a handmade basket business in Ohio, US. That business would five years later adapt the network marketing model and become one of the most interesting companies in the direct selling world.

At the end of 1997, Longaberger moved into its iconic workplace, a seven-story building designed as a replica of a genuine Longaberger basket.

Longaberger’s revenue peaked at $1 billion and the number of employees at 8,200.

In 2018, Longaberger ceased operations. It was acquired and re-launched by Xcel Brands in 2019